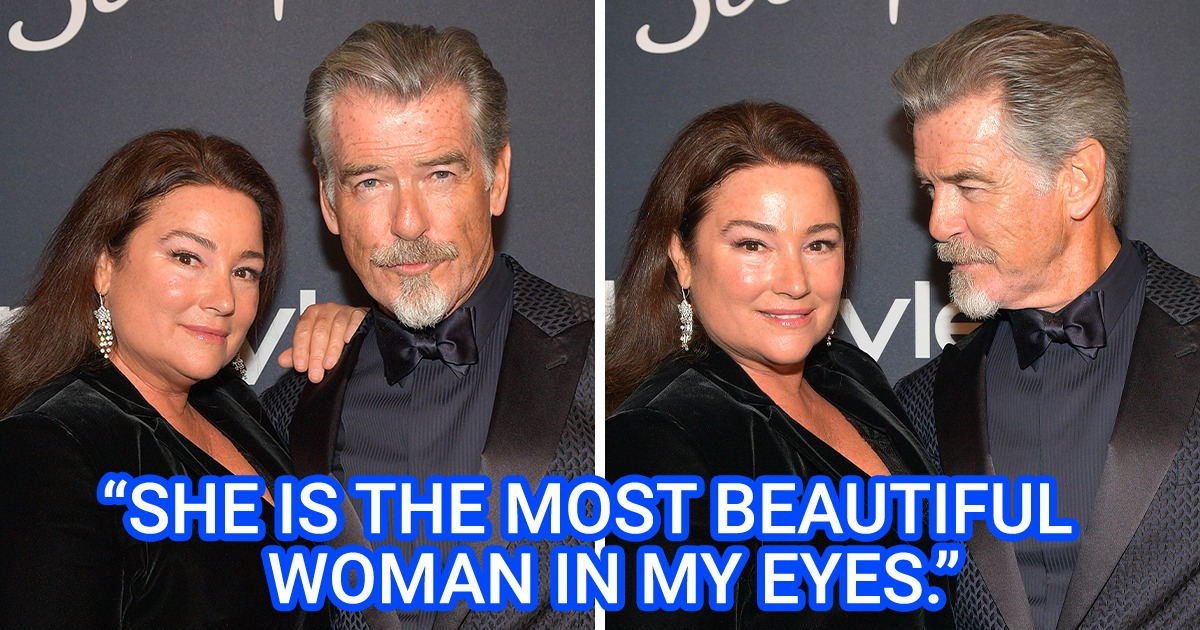 We all know that society is full of stereotypes and prejudices and that doesn’t exclude celebrities.

Sadly, it was the turn of Keely Shaye Smith, Pierce Brosnan’s wife of over 20 years and mother of two with the actor. Keely was attacked by haters and the most amazing thing was how Pierce Brosnan defended his wife.

For those who don’t remember, Pierce Brosnan is an ex-James Bond (1995) known worldwide for several works on the big screen. He is currently married to Keely Shaye Smith since 2001. Pierce met his current wife after losing his previous wife to ovarian cancer. Keely and Pierce dated for 7 years and got married, making a total of 27 years together.

Pierce posted on his instagram an image of a happy moment when he and his wife were vacationing by the sea and then there was an image of when they were young, with the caption “it’s us”.
Several people started pointing out the changes in the couple’s bodies and Pierce responded to the insults about the comment of one hater in particular “you should be ashamed of your wife”.

One person came to offer Keely weight reduction and plastic surgery and that was the final straw. Because of the hostility, the post was deleted from the page, but Pierce, even so, countered: “I love every curve of her body so much. For me, she is the most beautiful woman in the world, I always try to be worthy of her love”.

This isn’t the first time he’s shown his love for his wife: When the couple celebrated 20 years of marriage, he shared a love note, saying, “My love grows forever with you.” And Keely replied, “Still the only one! Thank you for the gift of your love and friendship. The world is more beautiful with you in it!”

This shows us how love will always win no matter what they say.