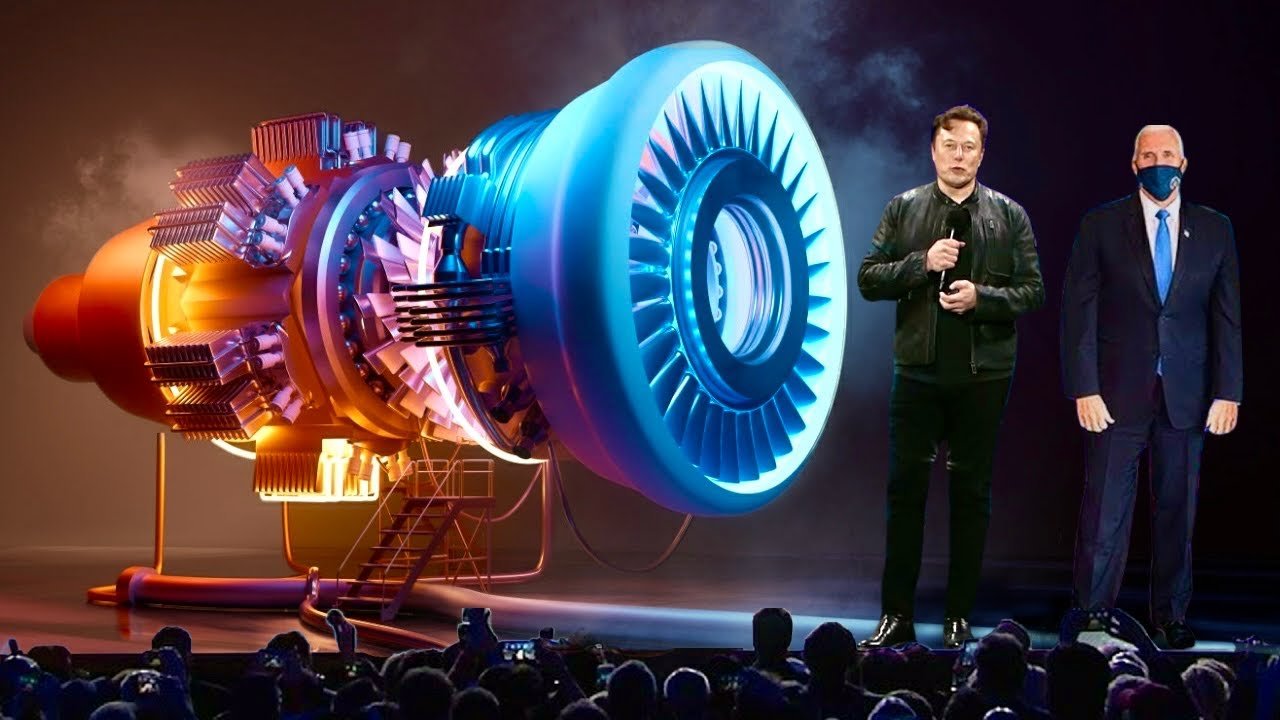 NASA Designs Near Light Speed Engine That Breaks Laws Of Physics: An engine idea that can accelerate to 99 percent of the speed of light, all without the need for propellant. That may sound like something out of a science fiction movie, but it’s not. This is exactly what one of NASA engineers is developing, and it promises to break the law of physics.

How will these engines be developed? If it is going to work without propellant, then what will be its fuel? And most importantly, will a human be able to travel in a vehicle with such an engine as its thruster? Well, we will find out in just a second.

Engine That Breaks Laws Of Physics

When it comes to space, we have a problem with our human need to travel everywhere and observe everything. This is a major issue. It is, after all, space. It’s far too large.

Even if we traveled at the greatest speed permitted by the Univers, it would take us years to reach our nearest neighboring star. Another human urge is to discover answers to large challenges.

In his leisure time, NASA engineer David Burns has been doing just that. He’s developed an engine idea that he claims can accelerate to 99 percent of the speed of light, all without the need for propellant.

He’s uploaded it to NASA’s Technical Reports Server under the title “Helical Engine,” and it works on paper by taking advantage of how mass may change at relativistic speeds – those near to the speed of light in a vacuum. It has not yet been reviewed by a professional.

Understandably, this article has sparked interest comparable to that witnessed in the early days of the EM Drive. Yes, there have been some stories suggesting that the engine may ‘break the rules of physics.’

For a bit of context, it’s important to know that the aforementioned EM Drive was NASA’s first foray into the idea of actually trying to build an engine capable of faster than light travel. So what exactly is EM Drive all about?

First introduced by Roger Shawyer, a British Chartered Electrical Engineer with 48 years experience in the Space and Defence industries, in 2001, EM Drive is a radio frequency resonant cavity thruster idea with possible uses as a spaceship thruster.

It is claimed to create thrust by internally reflecting microwaves, in violation of the law of conservation of momentum and other physical principles. The media has frequently referred to the gadget as the Impossible Drive

Perhaps our notion of momentum has been shattered. Perhaps it’s brand-new physics, as announced by the EmDrive tests.

There is no official design for this device, and neither of the persons who claim to have developed it has committed to explaining how it may function as a thruster or what elements constitute it, making it impossible to determine whether a particular object is an example of such a device.

NASA’s Advanced Propulsion Physics Laboratory reported observing a small apparent thrust from one such test in 2016, a result that has not since been replicated. Subsequent studies have indicated that the thrust observed was a measurement error caused by interactions with the Earth’s magnetic field or thermal gradients.

In March of 2021, scientists from the Technical University of Dresden published three papers explaining that it was a total fluke, the thrust was explained by outside forces.

As for the Helical Engine, while it is intriguing, it is unlikely to defy the laws of physics anytime soon despite the claims. Although it has been met with skepticism from some quarters, Burns believes his concept is worth pursuing.

“I’m comfortable with throwing it out there,” he says. “If someone says it doesn’t work, I’ll be the first to say, it was worth a shot,” he says. How did he say it’s going to work?

Well, burns depict a box with a weight inside, strung on a line, and spring at either end, bouncing the weight back and forth as a thought experiment to demonstrate his notion. In a vacuum, such as space, this would jiggle the entire box, with the weight appearing to remain motionless, much like a gif stabilized around the weight.

Overall, the box would continue to wiggle in the same location; however, if the weight’s mass increased in only one direction, it would create a stronger push in that direction, hence thrust. What do we think?

We think this should not be entirely feasible, according to the concept of momentum conservation, which states that the momentum of a system remains constant in the absence of any external influences.

Einstein’s theory of special relativity says that objects gain mass as they are driven towards the speed of light, an effect that must be accounted for in particle accelerators.

In fact, a simplistic implementation of Burns’s concept would be to replace the ring with a circular particle accelerator, in which ions are swiftly accelerated to relativistic speed during one stroke, and decelerated during the other.

But Burns thinks it would make more sense to ditch the box and rod and employ the particle accelerator for the lateral as well as the circular movement – in which case, the accelerator would need to be shaped like a helix.

However, there is a particular relativity flaw. Objects gain mass when they approach the speed of light, according to special relativity. So, if the weight is replaced with ions and the box with a loop, the ions can potentially move quicker at one end of the loop and slower at the other.

Burns’ drive, on the other hand, isn’t a single closed loop. It’s helical, like a stretched-out spring, which is why it’s called a “helical engine.” “The engine accelerates ions confined in a loop to moderate relativistic speeds and then varies their velocity to make slight changes to their mass.

The engine then moves ions back and forth along the direction of travel to produce thrust,” he wrote. He further added: “The engine has no moving parts other than ions traveling in a vacuum line, trapped inside electric and magnetic fields.”

It would also require 165 megawatts of energy to produce one newton of thrust. That is the force necessary to accelerate a kilogram of mass per second squared, which is comparable to a power plant. Proposals for propulsion-free vehicles like Helical aren’t exactly new though.

Robert Cook, a US inventor, patented an engine in the late 1970s that allegedly turned centrifugal energy into linear motion. Then, in the early 2000s, British inventor Roger Shawyer suggested the previously mentioned EM drive, claiming that trapped microwaves might be converted into thrust.

Neither notion has been satisfactorily proved, and both are commonly considered to be impossible owing to a breach of a fundamental physical rule, the conservation of momentum.

“I know that it risks being right up there with the EM drive and cold fusion,” he says. “But you have to be prepared to be embarrassed. It is very difficult to invent something that is new under the sun and actually works.” As you can see, the science is still rather spotty.
Again, physicists from the Technical University of Dresden who have performed tests on the EM Drive, believe the helical engine will probably suffer the same problem. “All inertial propulsion systems – to my knowledge – never worked in a friction-free environment,” one of them says.

This machine makes use of special relativity, unlike the others, which complicates the picture, he says, but “unfortunately there is always action-reaction”. Burns has worked on his idea in secret, without the support of NASA, and he admits that it is enormously inefficient.

He claims, however, that there is the possibility to capture most of the energy that the accelerator loses through heat and radiation. He also offers techniques to conserve momentum, such as in the spin of the propelled ions.

This is probably where we tell you that your skepticism is rather justified but don’t let it fool you. With the rate at which aerospace technology is advancing, we shouldn’t be surprised if a faster than light capable engine does appear in the future. When that happens though, all of our science fiction fantasies will be on a definite fast-track to becoming science fact.
Is NASA building a light-speed engine?
There are too many rumors regarding this engine, even some authorized websites also published articles about it, and NASA engineers also claim that this new engine will break the laws of physics.

What is the name of Nasa’s New Engine that Breaks Laws of Physics?
The Name of that engine is ” Helical Engine”.

How fast is Nasa’s Helical Engine?
Nasa Engineers claim that this engine can take astronauts to Mars in less than 13 minutes.

What is the name of the scientist who presents the concept of a “helical engine”?
NASA Scientist Dr. David Burns.

Is this engine use fuel?
Dr. David Burns said that this new rocket engine can reach close to the speed of light — without using any fuel, instead, it will use hi-tech particle accelerators.

What is the exact speed of NASA’s new engine?
According to Dr. Burns, this engine can reach around 297 million meters per second.

How much thrust it can produce?
According to Dr. Burns, the engine is capable of producing a thrust up to 99 percent the speed of light without breaking Einstein’s theory of relativity.

What will the size of that engine be?
Dr. Burns said that it would have to be 198 meters long and 12 meters wide to work properly.